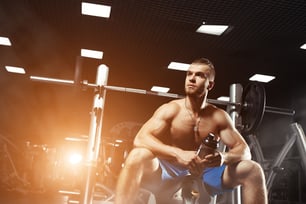 Since early humans discovered that picking up heavy rocks over and over again could make them stronger, we've been in search of ways to coax the most gains out of our workouts. Selective Androgen Receptor Modulators, or SARMs, have become a popular tool in many fitness enthusiasts' arsenals. But what are SARMs, and how can they benefit us?

A Brief History of SARMs

In the 1940s, steroidal SARMs saw use in the treatment of many medical issues, such as cancer, osteoporosis, hypogonadism, and other diseases that brought on bone or muscle wasting. Medical professionals recognized the powerful muscle-building effects these modulators encouraged, as they possess a high affinity for their receptors and for creating the chemical reactions needed to create muscle mass.

The 1990s saw steroidal SARMs introduced to mainstream science and use. This created an ongoing controversy about their use outside medical situations. The side effects inherent to steroidal SARMs fed the controversy. Gynecomastia, liver and kidney damage, decreased libido, and enlargement of heart and prostate cells discouraged the use of steroidal supplements for muscle mass enhancement.

The Rise of Non-Steroidal SARMs

With obvious and unacceptable side effects inherent to steroidal supplements, scientists created a non-steroidal substitute for the SARMs. These alternatives were protein-based and worked with more specificity than their steroidal counterparts.

Where a steroidal supplement has the ability to affect all cells for the promotion of protein synthesis and thus growth, nonsteroidal versions target only certain cells to affect. This allows a person to leave undesired cells, such as those of the heart and prostate, unaffected by the supplement, while targeting the desired cells to create muscle mass.

Since their inception, nonsteroidal SARMs have been used for powerlifting, bodybuilding, and other sports. Testing has shown the ratio of benefits to side effects to be acceptable, and has not shown evidence of harm. However, non-steroidal SARMs do not yet compare to the raw effectiveness of steroids, and the non-steroidal variety requires an increased period of use.

Those interested in taking SARMs can administer them either as an injectable, or as an oral dosage. They then connect to the same receptors as older steroids, but without the unfortunate side effects of steroidal compounds or prohormones. 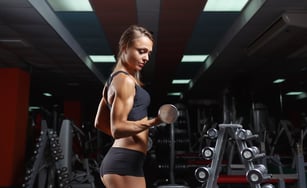 How SARMs Can Benefit You

Selective Androgen Receptor Modulators can offer the benefits of steroidal supplements without the negative side effects or illegality. Prevent muscle loss while developing more lean muscle, recover faster from injuries, build your strength, and promote joint healing while avoiding the unpleasant health detriments common to steroidal enhancements. SARMs won't trigger estrogen and dihydrotestosterone conversion, will not impede your HPTA, and will not cause liver damage.

Contact Jax Nutrition for more information on how to best incorporate safe enhancements into your workout routine!